Get a Free Quote

Call our office and we will connect you with a team member who can help.

Is your building fire protection system up to code? Do you regularly check the functionality of your fire-doors? Will they work in the event of a fire?

Fire Door Testing: What is it? Why Bother?

How effective are they? Is testing a waste of time and money?

What are Fire Doors?

Fire Doors protect the opening in the fire wall, they are rated to withstand a fire for a certain amount of time, form 20 minutes to 3 hrs. They can be rolling doors, counter fire doors, pedestrian fire doors, or sliding fire doors. 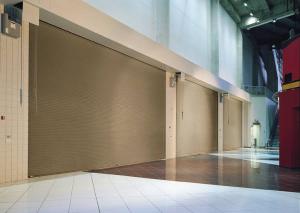 Rolling Doors roll up above the opening into a barrel. They are composed of interlocking slats and feature either a fusible link and cable or other release device tied to an alarm system that triggers their release in a fire. Counter Fire Doors are similar to full-size rolling doors but are for counter applications where a fire hazard may exist, such as a cafeteria service counter 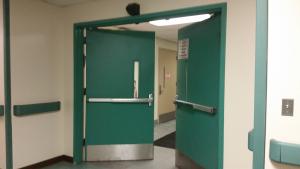 Swing fire doors are the most common fire-door and the least inspected door. They often cause inspection failure and frustrations. Punctures and drill holes, gaps in the seals, non-functioning closers or obstructions in the doorway are common problems. 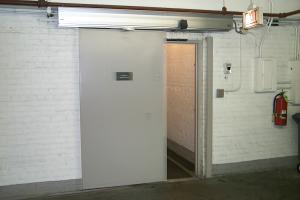 Sliding doors slide on a track out of the way of the opening. In the event of a fire a fusible link or electro-mechanical trigger releases the door, and hidden counterbalance weights and cables pull the door shut.

A building typically has a few critical forms of fire defense - the most readily apparent and understood being the Active Fire Protection systems: Smoke Detectors and Alarms, Sprinklers and Extinguishers.

Fire Doors are part of a buildings Passive Protection system, which includes Fire Rated Walls which compartmentalize the building from common fire causing areas such as kitchens, boiler and electrical rooms, as well as hallways and staircases that can act as a vehicle for the spread of fire.

Look for the Label: Fire Door Testing and Certification

Fire doors all have a special Fire Door Label unless it is missing or has been tampered with. Fire door manufacturers undergo rigorous testing of the doors they manufacture along with annual inspections for compliance by certification companies such as Underwriters Laboratories (UL), FM, or Wernock Hersey. Painting over your labels or attempting to modify them can void a fire door certification and a failed inspection from the fire marshall.

A sample door is subjected to a test of increasing temperatures up to 2000 °F for 4 hrs and then blasted with a high pressure hose to check for gaps, penetrations or deforming. Doors made with the same manufacturing process and size can be labeled as “Fire Doors”

Visit our Fire Door Testing and Maintenance page to learn more and schedule your inspection.

Get your free quote
today