Get a Free Quote

Call our office and we will connect you with a team member who can help.

Rolling doors, or coiling doors are a great solution for openings where a sectional door would not have room to lift up into the ceiling. The doors are made of thin slats that roll up and out of the way into a barrel. Rolling doors can be specified in many openings, from garage doors to pedestrian doors, and service counters. Rolling door can also be set up as fire-rated, self closing doors for openings. 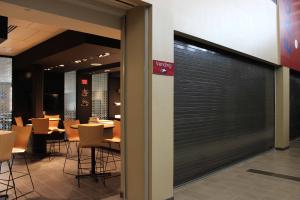 Service doors are often a basic specification of rolling door with many applications: They are designed for areas where insulation is not as much of a concern, such as an interior opening between rooms or outdoor storage garages that just needs to be closed when not in use. They can be operated up to 20 cycles per day. Higher cycle performance doors and insulated doors can be specified as well. 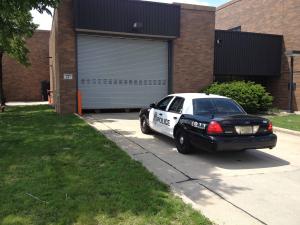 Insulated Rolling Doors feature slats filled with closed-cell pressurized foam to insulate the opening and mitigate losses in heating and cooling of the building, save money on energy bills by upgrading to an insulated rolling door. 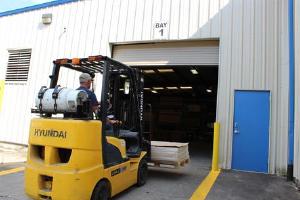 High-Cycle, Performance Rolling Doors are engineered to stand up to exponentially higher cycle counts than regular rolling doors. Spring-less, direct drive doors are much faster and designed to be cycled repeatedly. They are an excellent application for high traffic areas such as loading docks, manufacturing plants or parking garages. The upfront investment may be higher, but lifetime savings more than pay for the added value to the door, not counting increased efficiency at your business with faster, lower maintenance doors. 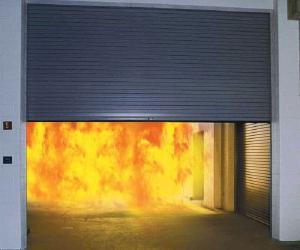 Fire-rated rolling doors are designed to withstand the heat and pressure of a fire for a set amount of time. Building codes require openings in fire-rated walls to have fire-rated doors, which close themselves in the event of a fire. A fire-rated door has a rating requirement correlated to the rating of the walls, you can find out which doors need to be fire-rated by contacting you local building and zoning department or fire department.

Get your free quote
today